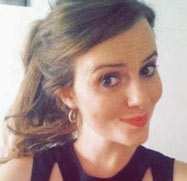 Funny Business: Will your business card win a contest?

Beach hat, sunscreen, and sandals were all packed in my car. After the risk I had just taken exposing some shady politics to the public, my day off was well-deserved. PING. I received an anonymous tip that if I went to a certain local restaurant, I’d find a story. When you’re an investigative journalist, there’s no such thing as a day off. The beach would have to wait.

I went to the restaurant immediately. As I ate my salad, and plucked the occasional cockroach out of it, I paid deep attention to my surroundings in search of a story. Nothing stuck out to me. Frustrated, I finished my meal and went up to pay. I overheard a couple chatting in front of me.

“Give me one of your business cards,” the woman told him, “Then we’ll have two entries and double the chance to win.”

“I’m saving mine for actual business,” the man said, “Besides, nobody ever wins those contests anyway.”

I watched as the woman dropped her business card into the contest box. It said every Saturday a random card would be chosen and that person would win a free lunch. The man’s words rang through my mind, “Nobody ever wins those contests.” Was this my anonymous tip giver? Had he come to tell me about fake contests companies were running to trick innocent customers?

I’d noticed the restaurant was hiring, so the next day I returned and applied to be a waitress. I started on Sunday. The first few days I played it cool, but on Saturday I kept a close watch on the contest box. I risked asking a coworker about it.

“So at the end of the day, you choose a winner from that box, huh?”

“How do you choose who wins?”

“Yeah, but, good friends have a higher chance of winning, right?” I asked her with a wink.

She gave me a strange look and I worried she was on to me. Best I back off and not blow my cover. When the place closed, I was shocked by what I saw. A fellow waitress plucked a card out of the box and started to scribble on the back. She tossed it in the register and closed it. When I asked what she had just done, the woman explained she was leaving a note with the register count in it.

Before I even had time to fully process this indiscretion, I saw another. A busboy took a card out and used it to stop a wobbly table. It seemed the cards were being used as supplies! Whoever had left those cards had no chance of winning a prize at all. You would think I’d rush to write this story and send it to my editor. But I didn’t because a thought haunted me: What if this wasn’t the only place abusing these contests?

I needed to know how deep the rabbit hole went.

The next day I quit and began applying to any location I saw that had a contest box for business cards. Soon I was hired at a gas station. We didn’t get many customers, so it was pretty boring. Mostly I listened to one of my coworkers, let’s call her Sarah, complain about her everlasting singleness. One day a gorgeous man came in. After paying for his Red Bull, he dropped a business card in our contest box and left.

As soon as he was out the door, my coworker opened the box and snatched his card. I watched as she typed his full name and job title into Facebook. Squealing, Sarah started listing off details about him. He liked golden retrievers, comedies, and electronic music. Most importantly, the gorgeous man was single. As my coworker mused about meeting him, I jotted down notes in my phone about this violation of privacy. When she wasn’t looking, I also wrote down his phone number and a few excuses for why I might need to call him.

It took awhile, but eventually, I was hired at another restaurant. This one had a contest box that promised a free appetizer to a winner drawn every morning. I was pleasantly surprised when the owner promptly picked a winner and had a staff member call to tell them they could come any time within one week to redeem their prize.

But the cards weren’t then tossed as I expected. Instead, they were taken to a back office. Sneakily, I started to ask what they were being used for. The owner created specials based off of professions. For example, he noticed a lot of people were teachers, so he created Teacher Tuesday where school staff members could get 15% off their meals.

On one hand, customers never agreed to have their information used that way. On the other hand, his intentions were to help. I had mixed feelings about this. Dear Reader, I began to realize life and actions are not so black and white. Could there be a grey area?

The fourth establishment I worked uncover at was an ice cream shop. We’ll call my supervisor Mary since she sold Mary Kay products. I learned this almost instantly when I began working with her as she was always looking for new people to buy her products or join her team. On breaks she was always making sales calls to old friends and saying they should catch up soon.

After work one day, I saw her dial one of phone numbers on the card. Mary called the person and said one of their friends had given her their number because she might like a free beauty consultation. She continued to do this for all the cards in the box. When I questioned her on if that actually worked, Mary gave me a wicked smile.

I began working at another restaurant and wondered what scandal I would uncover next. It was hard to focus on the case as my boss had a temper. I asked him about the contest box frequently my first day and this for some reason annoyed him. He said it was because I had a lot of tables to attend to, but I suspected it was because he didn’t want me to know the truth. After we closed and I asked him about it again, he threw all the cards in the air, grabbed one before it fell and announced that would be the winner. As I cleaned up the rest of the cards, I smiled and regained some faith in humanity. He had truly randomly selected a winner.

I decided to work there until my piece was polished and ready to submit. One day Sarah, who I’d worked with at the gas station came in. She was holding hands with the gorgeous man she had Facebook stalked! I ran over to greet her and asked how the couple had met. Sarah blushed as the man explained how he had won a contest by putting his business card in.

When he went to pick up his prize, the man started chatting with Sarah. She happened to share his love for golden retrievers and comedies. They seemed happy together and I smiled. Before seating them, I complimented Sarah’s eyeshadow. Turns out, she had a received a phone call from a Mary Kay consultant that apparently one of her friends had given her number to. She instantly fell in love with the products.

In a way, Sarah really had won a prize from contest box -a newfound love of makeup. Her new boyfriend clearly considered meeting Sarah to have been a reward. Maybe dropping your business card in a contest box has a way of helping fate out. I pondered this until my boss yelled at me. I really did have a lot of tables to attend to.

Hannah Kowalczyk-Harper is a professional freelance writer and digital nomad. She loves learning and sharing that knowledge with others through her writing. If she's not writing, you can catch her reading, interacting with exotic animals, or exploring somewhere new in the world. You can find more of Hannah's writing at https://medium.com/@MsHannahTweets.